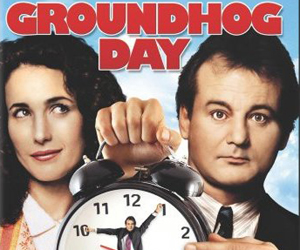 As early as 1988, Boyd Eaton, MD, was publishing papers in the American Journal of Medicine on the possible role our modern diet may play in the development of chronic degenerative diseases (see “Stone Agers in the Fast Lane”).  Several years later, Loren Cordain, PhD, author of “The Paleo Diet” , wrote “Cereal Grains:  Humanity’s Double-Edged Sword” concluding that the growing epidemic of modern diseases is “directly attributable” to the consumption of cereal grains.  Gary Taubes, who was recently listed by Forbes Magazine as “one to watch for changing health care forever”, published “Good Calories, Bad Calories” in 2007.  In 601 pages, Taubes clearly makes the case that it’s not a diet of saturated fat but one of refined carbs (wheat flour) that has accelerated the heart disease, diabetes, and obesity epidemic in this country.  In fact, in his prologue, Taubes references research from the 1800s (continuing to present day) citing flour as the cause for obesity and modern disease.  In 2009, before publishing his New York Times Best Seller book “The Paleo Solution”, Robb Wolf became wildly successful advocating a grain-free diet to his clients and the growing CrossFit community.  In 2010 Steffan Lindeberg, MD, PhD published his book “Food and Western Disease” clearly linking, chapter after chapter, modern diet and disease.  Even I, the simple health-obsessed housewife, blogged in 2010 about the role wheat may play in making you very sick (see “Got Leaky Gut?”). In 2011 William Davis, MD, a cardiologist, published “Wheat Belly” sharing the success he has had improving the health of his patients by prescribing a wheat-free diet.   Aleisso Fasano, MD, a well-known researcher in celiac disease, in 2012 published “Leaky gut and Autoimmune Disease” highlighting the role wheat plays in the loss of the intestinal barrier which can trigger an autoimmune response.

Here we are again: same foods, same conclusions.   In March 2013, after an extensive review of the literature, researchers report yet again what the Paleo community has known for years:  wheat products and other cereal grains can contribute to chronic inflammation and autoimmune disease.

Then why in the world are we continuing to encounter resistance in the medical community?  Physicians will unanimously agree inflammation plays a key role in the development of cardiovascular and autoimmune disease (and cancer too), but they are reluctant to make an association between these same diseases and our modern diet.

Physicians are comfortable relying on traditional practices (and observational studies), but wary that serious diseases may be caused by a “heart-healthy-whole-wheat-diet” recommended by the American Heart Association.

Your local gym may also be making matters worse.  Talking with a well-respected physician in my home town, she shared with me that she was not interested in coming to a “Paleo Talk” based on comments made by a local Fitness Professional.  I was taken aback because this “Fitness Professional”, although a nice person, at that time exhibited symptoms associated with metabolic derangement! 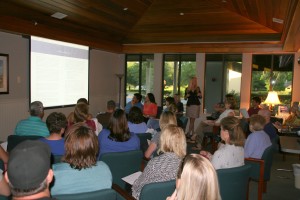 Despite the lack of support in the medical community (and health and fitness industry) the number of every day folks interested in better understanding the science behind The Paleo Diet continues to grow.  Forty-five individuals attended my last “Paleo Talk” (on a work-night) to learn more about the effect Neolithic foods have on both present and long term health:  from the ill effects of hyperinsulinemia to the role gut permeability possibly plays in the development of auto-immune disease.

As a nation we are fatter and sicker than ever.  Folks are looking for solutions. Sadly, they are not finding answers with their physicians, Registered Dieticians, or fitness professionals (well, unless you’re in a local CrossFit Gym).  It doesn’t have to be so complicated.  Time and time again, individuals who follow a “Paleo diet” of grass-fed meats, wild-caught fish, veggies, fruits, and nuts – avoiding all grains,  dairy,  legumes, and vegetable oils – are reporting weight loss and drastic improvements in their blood work (see Robb Wolf: Paleo Nutrition Guru), some in as little as two weeks  (see “Paleo in the News“)!

A month ago, talking with a Neurologist, he shared with me that the process of “molecular mimicry” is now believed to be at the heart of the autoimmune disease, Multiple Sclerosis (MS).  This may be exciting new information to him, but not to me.  I watched a video from 2007 of Loren Cordain,PhD,  author of the Paleo Diet lecturing at an MS Symposium  on the role wheat may plays in “molecular mimicry” and the development of MS.

Just like Bill Murray in the movie Ground Hog Day, physicians who cling to their misconceptions about diet will continue to see the same health issues with their patients – over and over again – until they are willing to change their way of thinking.

Image courtesy of the The New York Times Magazine.

Shouldn’t we all be concerned when America’s largest food companies such as Nestlé, Kraft, Nabisco, General Mills, Procter & Gamble, Coca-Cola and Mars all meet in the “Pillsbury Auditorium” (think Pillsbury Doughboy)  to discuss the effect their products may be having on the present obesity epidemic?   Competing companies gathering together to discuss strategies that in the long run will promote the health of their companies more so than the health of their consumers?  Surprisingly these companies are admitting guilt, recognizing that their promotion of unhealthy, addictive foods is similar to that of the cigarette industry.   The New York Times Magazine shares how these companies have been manipulating us for years through science and marketing to buy their products.  Whether it’s their “bottom line”, new-found guilt, or the threat of future lawsuits, some of these companies are starting to explore the idea of “healthier” snack products:

In the words of my hydroponic-gardening, massage-therapist friend, Patricia Cropper, “the food industry doesn’t really know much about our health” and I’m not so sure they can be trusted now!

Kiss “Calories In, Calories Out” goodbye!  It simply can’t explain the complex issue of weight gain (see “Your Trainer May be Making You Fat“).   Jonathan Bailor of “The Smarter Science  of Slim” has recently posted a fantastic video illustrating why eating less and exercising more may not be working for you.  Researchers today are finally acknowledging  that the dietary advice we’ve been given for decades is making us fatter and sicker than ever.  It’s time to “unclog the sink”  – getting slim involves common sense, simple biology and proven science.

Shouldn’t we all be concerned when America’s largest food companies such as Nestlé, Kraft, Nabisco, General Mills, Procter & Gamble, Coca-Cola and Mars all meet in the “Pillsbury Auditorium” (think Pillsbury Doughboy) to discuss the effect their products may be having on the present obesity epidemic?

“Kiss” Calories in, Calories goodbye – it simple can’t explain the complex issue of weight gain (see “Your Trainer May be Making You Fat”). Jonathan Bailor of “The Smarter Science of Slim” has recently posted a fantastic video illustrating why eating more and exercising less may not be working for you.

If your trainer has lead you to believe that “it’s all about calories in, and calories out”, it is time for you to find a new trainer. It’s a misleading theory and a good sign your fitness professional is not well-educated – relying on old, outdated research or the oft-misinformed fitness magazines to get you in shape (like Dr. Oz).

Cheryl, I hope this message finds you well.  I think we all at one point had an aha moment about why we do the things we love to do.  When I first came upon CrossFit I knew that my world would be turned upside down.  I’ve learned so much and am so grateful for the people like you that make my fitness journey such an exciting one.  I honestly do what I do and strive to become better at what I do because of genuine people like yourself.  Take pride and be passionate about what you do and how you do it.  Get comfortable with uncomfortable is a theme we’ve chosen here at OPT, because we believe that getting into this uncomfortable zone unfolds many life lessons.  Here’s hoping you teach others about this, make it happen, all the best.