U.S. News and World Report recently ranked the Best Diets Overall based on ease of use, health benefits and weight loss effectiveness.  The Paleo Diet was ranked #20, surprisingly ranked after such diets as SlimFast, Nutrisytems and Medifast as healthier alternatives for successful weight loss.    Researching the validation of this ranking a little further, I was not surprised to discover the claims made by the U.S. News “experts” were totally false – not only based on my personal experiences (here), but also on existing peer-reviewed research on The Paleo Diet.  Fortunately, Dr. Loren Cordain recently wrote a “Rebuttal to U.S. News and World Top 20 Diets” highlighting the “erroneous and misleading” conclusions made by the U.S. News “experts”.   Follow the link below to read Dr. Cordain’s rebuttal:

END_OF_DOCUMENT_TOKEN_TO_BE_REPLACED 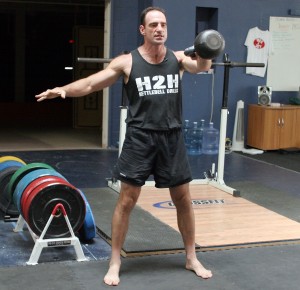 Brought to the United States by Pavel Tsatsouline (Pavel), Kettlebells were originally used to train the Russian Special Forces.  Yet Kettlebells are for everyone…. soldiers, policemen, athletes and even soccer moms.   Executing Kettlebell technique correctly will not only burn body fat, but will also increase strength, stamina and agility, all of which are common goals for anyone hoping to “look good naked” or increase athletic and professional performance.   This post is inspired by the young police officer who took my advice and did some Kettlebell reading on his own.  I was surprised to actually see him doing Kettlebell swings yesterday – I’m frequently approached with questions, but rarely see any follow through.

As a certified Kettlebell Instructor, it’s easy to spot poor form.  Even worse, more often than not I see folks using Kettlebells inappropriately by ignoring basic safety rules, such as:

Proper form and technique are critical to reaping the benefits of Kettlebell training; poor execution overtime will lead to injury.

I personally recommend Jeff Martone’s  CrossFit Kettlebell Certification and Tactical Training Courses.   Coach Martone was one of Pavel’s original Master RKC Instructors, later leaving to develop his own company, Tactical Athlete. With Coach Martone you’ll learn how to safely incorporate Kettlebells into your workouts, practice joint mobility movements to ready your body for exercise, and be drilled restlessly until your form is perfected.   He personally tests each participant at the end of his course to ensure all course material and skills have been completely mastered. Coach Martone and his wife also offer instructional books and videos via Tactical Athlete.

Without one-on-one instruction you’ll need to do some extensive research on your own.  As promised, I’m posting additional online resources for the young police officer so that he may continue to improve his Kettlebell technique. 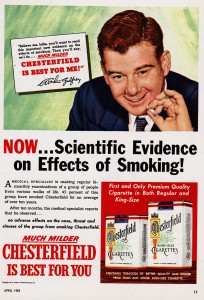 It took mainstream America decades to recognize that cigarettes could kill.  The same may be said of sugar.   There is a growing body of research that points to sugar as the proverbial smoking gun as it relates to modern disease.  Although it may be common knowledge that eating sugar makes you fat and causes tooth decay, little do most folks know that it’s also correlated with cardio vascular disease (CVD), hypertension,  diabetes II, and even some cancers.

This month in the New York Times Magazine, Gary Taubes summarizes this relationship.  The article touches on the “cause of heart disease” historic battle between two rival points of view:  “The Ansel Keys – It’s caused by dietary fat” vs. “John Yudkin – It’s caused by sugar”.  Mr. Taubes also explains the process in which the liver converts sugar, specifically fructose, into fat which over time leads to insulin resistance and metabolic syndrome.  Last, he describes the process in which excess insulin levels, caused by insulin resistance, promote and even accelerate the growth of certain cancer cells, such as breast and colon cancers.  Read the article in full here:

Early this week, NPR followed the Mr. Taubes article with a short post on their health blog:

Sugar May Be An Empty Nutrient, But Is It Poisonous?

The heart of the issue involves biochemistry.  Calories may be the same, but the way they’re metabolized by the body is not.   Robert Lustig MD, a nationally recognized expert in childhood obesity, provides an in-depth understanding of how our bodies process different types of sugar – glucose by our cells, fructose by our liver.  In his lecture “Sugar:  The Bitter Truth” (below),  it’s easy to get lost in his numerous and lengthy biochemical discussions, but it’s worth your time to hear his startling conclusions.    Fructose, especially high-fructose corn syrup, when converted to fat by the liver, leads to obesity, diabetes, CVD, and hypertension.

Robert H. Lustig, MD, UCSF Professor of Pediatrics in the Division of Endocrinology, explores the damage caused by sugary foods. He argues that fructose (too much) and fiber (not enough) appear to be cornerstones of the obesity epidemic through their effects on insulin. Series: UCSF Mini Medical School for the Public [7/2009] [Health and Medicine] [Show ID: 16717]

Weight Gain: Calories in, Calories out?

Mr. Taubes reminds us of the importance of critically examining the controlling variables in scientific research. So often correlations are made without recognizing exactly what variables affected the outcome. With this in mind, Mr. Taubes examines the following questions in his most recent blog post: “is it the total calories consumed that is the variable determining weight loss? And, by the same token, is it the calories consumed (or expended) that determines how much weight we gain?”

As promised, so that it would not be necessary to take copious notes during the lecture, I’m posting a few resources to jump-start your own paleo adventure. Good luck to everyone and please keep me posted on your success!

Fish Oil: How much is too much?

Based on newly published research, it now looks like “long-term high dose fish oil intake” may become “a thing of the past”. Chris Kresser, of The Healthy Skeptic post an excellent article discussing the latest research on fish oil supplementation.

Cheryl, I hope this message finds you well.  I think we all at one point had an aha moment about why we do the things we love to do.  When I first came upon CrossFit I knew that my world would be turned upside down.  I’ve learned so much and am so grateful for the people like you that make my fitness journey such an exciting one.  I honestly do what I do and strive to become better at what I do because of genuine people like yourself.  Take pride and be passionate about what you do and how you do it.  Get comfortable with uncomfortable is a theme we’ve chosen here at OPT, because we believe that getting into this uncomfortable zone unfolds many life lessons.  Here’s hoping you teach others about this, make it happen, all the best.