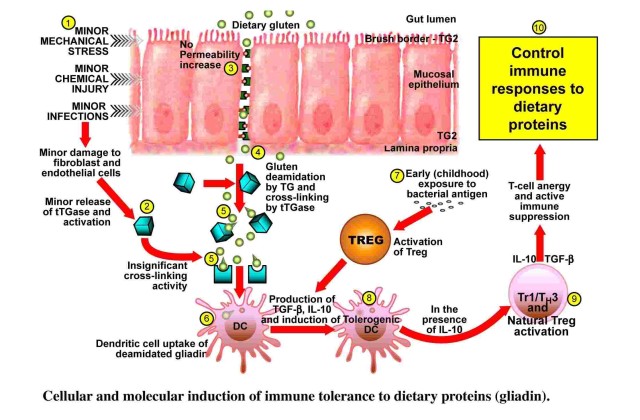 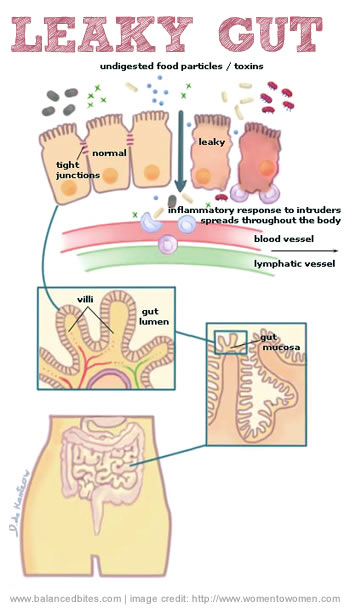 This is often the first response you’ll hear when explaining that grains are not eaten when following The Paleo Diet.  For a few seconds I’m usually speechless – my mind awhirl with so many reasons one should avoid grains altogether.  For one – eating more than a couple of tablespoons of bread, including whole wheat bread, will not only cause your blood glucose levels to spike but it will also keep your blood glucose levels elevated for an extended period of time .  It’s a vicious chain of events – high blood sugar levels stimulate your pancreas to produce more insulin.  Constant high blood glucose and insulin levels (also known as hyperinsulinemia) can be detrimental to your health.  Hyperinsulinemia leads to a plethora of problems: inflammation, Cardiovascular Disease, Diabetes Type II, Syndrome X or Metabolic Syndrome, weight gain, infertility, cancer, etc.  Google the term ‘Hyperinsulinemia’ along with any one of these health issues and you’ll be surprised by what you’ll learn!  To be fit, healthy and happy for the long haul, you’ll need to consistently maintain normal blood glucose levels.  That’s one good reason to avoid bread altogether, whether white or whole wheat.

Yet when it comes to eating bread, or grains in general, there’s a little more to the story.     How would you feel knowing that grains can not only lead to hyperinsulinism, but they can also make your gut leak.  Yep, you too may have already acquired “Leaky Gut Syndrome”.  Leaky gut comes in varying degrees from tolerant, to gluten sensitive, to full blown Celiac disease.

Not going to give an anatomy lesson here, but think about your mouth, stomach, intestines, etc.  from beginning to end.  It’s one very long tube. When your intestinal barrier is working correctly, it breaks down nutrients your body needs while keeping out harmful substances.  But what happens if this barrier begins to breaks down?  You’ll leak – basically leaking the contents of your intestines into your bloodstream. When the microvilli lining of the intestinal wall is destroyed, gate “tight-junctions” loosen and it becomes “open sesame” to bacteria, yeast, viruses and larger food molecules that don’t belong inside your body.

A really scary “Trojan horse” that has the ability to first damage the intestinal wall and then leak into the body is the anti-nutrient lectin protein.  Lectins are protein molecules that are found in high concentrations in breads, cereals, pastas, beans (soybeans too) peanuts, nightshade vegetables (potatoes, tomatoes, eggplant, peppers) and even some dairy.  Gluten which is found in bread is also a type of lectin.  Once lectins leak into the body, they are flowing freely in the bloodstream and have an uncanny ability to bind to any of the cells and tissue in our bodies.  Also, the molecular structure of lectins is very similar to the molecular structure of proteins that make up our body (skin cells, organs cells, joints cells, muscles)

It now becomes a case of mistaken identity, where now the body not only attacks the lectin molecules but also begins attacking the cells they’ve attached too.  Also through a process of “molecular mimicry” our body begins attacking itself, confusing self (our cells) from non-self (lectins).   This autoimmune response leads to chronic inflammation and eventually disease.   There are hundreds of autoimmune diseases:  Rheumatoid Arthritis, Addison’s, Celiac Disease, Crohn’s , Ulcerative Colitis, Hashimoto’s, Lupus, Multiple Sclerosis, Psoriasis, Atopic Dermatitis, Sjogren’s Disease, to name but a few.    When it comes to autoimmune disease, gut permeability is a smoking gun:

There are also many other anti-nutrients found in grains:  Alpha-amylase Inhibitors which inhibit digestive enzymes; Protease Inhibitors that inhibit enzymes that break down proteins; Alkylresorcinols that promote inflammation; Phytates which bind to minerals such as iron, calcium and zinc making them  unavailable for absorption.  Grains can be toxic.  Now – must you have your bread?

Last, guess what causes leaky gut?  That will need to be another blog post, but I’ll give you a hint.  As Dr. Cordain explains in his lectures we’ve evolved millions of years on a diet of natural, unprocessed foods – lean meats, vegetables and fruit.   But within the last 20,000 years (a speck of time in comparison to 2 million years) most of our diet  has consisted of processed modern foods:  breads, cereals, rice, pastas, refined sugars, dairy, chemical preservatives and additives, pesticides sprayed on plants, refined vegetable oils, alcohol, numerous prescription and over the counter drugs, etc.    Hmmmmm….Neolithic Foods, possibly another smoking gun?

Now you may understand why my mind begins to whirl when someone declares they’re not going to give up their bread!

The Late Role of Grains and Legumes in the Human Diet, and Biochemical Evidence of their Evolutionary Discordance – Loren Cordain PhD

Why Grains are Unhealthy – Mark Sisson

The Lowdown on Lectins – Mark Sisson

special thanks to Karen Brimeyer of http://www.leakygutcure.com/ for the use of her images!

5 Comments on “Got Leaky Gut?”