The Paleo Diet for Kids – Is It Healthy? 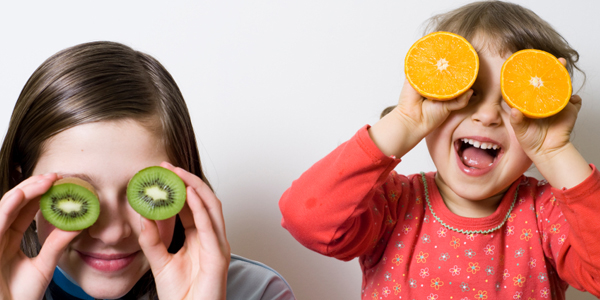 I guess it’s the word “diet” in the “Paleo Diet” that concerns most parents.  Diets are often associated with deprivation and unhealthy eating habits.  But this is NOT the case when eating “paleo”.  It’s a diet that’s been around for years – millions of years to be more exact.  It’s a diet that mimics the way our ancestors evolved to eat over time.   It wasn’t until the onset of the agricultural revolution and the introduction of grains some 15 – 20,000 years ago that we began to see evidence of the new “diseases of civilization“.

So, what about your kids on the Paleo Diet? Robb Wolf takes a look at the nutritional breakdown of the Paleo Diet in a recent blog post.  If you don’t have time to read it,  I can sum up it up with a quick quote :

“Kreiki! Look at that. If you consume a Paleo Diet it LOOKS like you are taking a nutritional supplement.”

2 Comments on “The Paleo Diet for Kids – Is It Healthy?”