he consumption of wild cereals among prehistoric hunters and gatherers appears to be far more ancient than previously thought, according to a University of Calgary archaeologist who has found the oldest example of extensive reliance on cereal and root staples in the diet of early Homo sapiens more than 100,000 years ago. 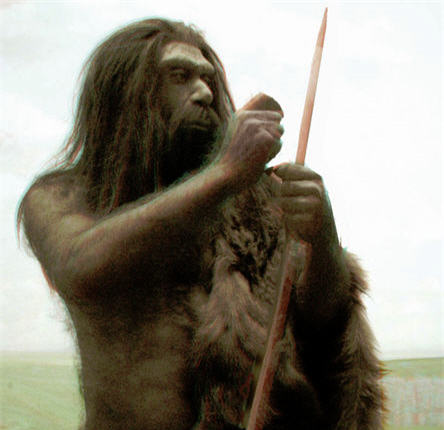 Curtis Marean, an archeologist at Arizona State University in Tempe, isn’t sure. “Grasses can be used for many things,” he notes, such as bedding or kindling. Even if Ngalue’s residents were dining on sorghum more than 100,000 years ago, Marean doubts that it was a major food source. “The processing costs of wild grasses are so high,” he says, “and most African environments have a diversity of far more productive foods for hunter-gatherers.”

Huw Barton, an archeologist at the University of Leicester in the United Kingdom, is skeptical as well. He points out that Mercader found sorghum residue on tools that likely wouldn’t be used to process cereals, such as drills. “That doesn’t make any sense to me,” he says.

Loren Cordain, an exercise physiologist at Colorado State University and author of The Paleo Diet, was recently asked to comment on the articles entitled “Mozambican Grass Seed Consumption During the Middle Stone Age” by Julio Mercader in the journal Science, and “Humans feasting on grains for at least 100,000 years,”  by Katherine Harmon Scientific American. Both articles cite evidence that humans consumed grain much earlier than was previously thought.

Dr. Cordain’s response to these studies was:

This is an interesting paper ( Mercader J., Mozambican grass seed consumption during the middle stone age. Science 2009;326:1680-83) as it may push probable (but clearly not definite) cereal grain consumption by hominins back to at least 105,000 years ago. Prior to this evidence, the earliest exploitation of wild cereal grains was reported by Piperno and colleagues at Ohalo II in Israel and dating to ~23,500 years ago (Nature 2004;430:670-73). As opposed to the Ohalo II data in which a large saddle stone was discovered with obvious repetitive grinding marks and embedded starch granules attributed to a variety of grains and seeds that were concurrently present with the artifact , the data from Ngalue is less convincing for the use of cereal grains as seasonal food. No associated intact grass seeds have been discovered in the cave at Ngalue, nor were anvil stones with repetitive grinding marks found. Hence, at best, the data suggests sporadic use (and not necessarily consumption) of grains at this early date. Clearly, large scale processing of sorghum for consumption for extended periods seems unlikely.

Further, It should be pointed out that consumption of wild grass seeds of any kind requires extensive technology and processing to yield a digestible and edible food that likely did not exist 105,000 years ago. Harvesting of wild grass seeds without some kind of technology (e.g., sickles and scythes [not present at this time]) is tedious and difficult at best. Additionally, containers of some sort (baskets [not present at this time], pottery [not present] or animal skin containers are needed to collect the tiny grains. Many grain species require flailing to separate the seed from the chaff and then further winnowing ([baskets not present]), or animal skins] to separate the seeds from the chaff. Intact grains are not digestible by humans unless they are first ground into a flour (which breaks down the cell walls), and then cooked (typically in water – e.g., boiling [technology not present]) or parched in a fire which gelatinizes the starch granules, and thereby makes them available for digestion and absorption. Because each and every one of these processing steps requires additional energy on the part of the gatherer, most contemporary hunter gatherers did not exploit grains except as starvation foods because they yielded such little energy relative to the energy obtained (optimal foraging theory).

If indeed the grinder/core axes with telltale starch granules were used to make flour from sorghum seeds, then the flour still had to be cooked to gelatinize the starch granules to make it digestible. In Neolithic peoples, grass seed flour most typically is mixed with water to make a paste (dough) that is then cooked into flat breads. It is highly unlikely that the technology or the behavioral sophistication existed 105,000 years ago to make flat breads. Whole grains can be parched intact in fires, but this process is less effective than making flour into a paste and cooking it to gelatinize the starch granules. Hence, it is difficult to reconcile the chain of events proposed by the authors (appearance of sorghum starch granules on cobbles or grinders = pounding or grinding of sorghum grains = consumption of sorghum). I wouldn’t hang my hat on this evidence indicating grains were necessarily consumed by hominins at this early date. To my mind, the Ohalo II data still represents the best earliest evidence for grain consumption by hominins.